My beginning with golf came at a young age. Balmoral Golf Course was one mile from our lake cabin where I spent my summers as a kid in Minnesota. There was no head pro or instructor available that I knew of. We played, developed a way to get the ball around the course and never saw much improvement in our games. I wasn’t very good and struggled to control my frustrations with poor play on the course. 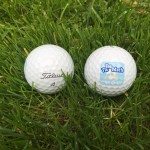 Shameless promotion of our new app!

In high school, one of my closest friends, Greg Avant, was an excellent golfer. We played together now and then but it was a passion for him and and only an interest for me. When we’d play it was fun to watch him hit the ball and it was clear that he and I were playing the same game much differently.

My college years provided easy access to the Les Bolstad University of Minnesota Golf Course. During this time I took a couple of informal lessons from Dan Simpson who played on the U of M golf team and lived by me in the dorm. I needed to learn the fundamentals of the golf swing and Dan taught those to me.

I improved a lot during my college years and I attribute that to receiving good instruction from Dan. During this period, I fell in love with the game of golf.

Sometimes I wish this hadn’t happened to me. Why couldn’t I simply enjoy a good walk outside and not obsess about the damn game (My lovely bride Jean’s words.)?

Early in my corporate career, my family and I moved around the country and I was learning how to grow businesses, manage product lines and launch new products and services into markets. This gave me the  opportunity to play what I call “corporate golf.”

My definition of “corporate golf” is a month where I played in a scramble, a client round and a round or two with friends. In a good year that meant playing 15-20 rounds of golf.

From 1991 to 1998, we lived in four different states and had four kids born in three states. Those four kids came in five years. Yes, once we figured out what was causing that, we took care of it.

Life had become chaotic with business travel and family activities. I rarely had time to play golf. I watched it on TV, still loved the game and knew that one-day I’d play a lot more.

Because my golf swing was built on fundamentals, it held-up pretty well in the closet. Not great, but I could still go out and play bogey golf whenever I had the chance.

In April of 2000, I decided that I was going to join a golf club. In Eden Prairie, between my home and office, was a course called Olympic Hills. From the road I could see part of the course and admired the manicured fairways and greens. Also, the place was almost always empty when I went by!

One day I called Olympic to schedule a time to check the place out and be “interviewed.” I wondered why I had to be interviewed to pay to use a golf course, but I played along anyway.

When I arrived, the GM whom I was supposed to meet with greeted me and said he had an emergency to deal with. He asked if I would mind visiting with the head golf professional instead? “No problem,” I said. After all, I was there for the golf, not the clubhouse.

To my surprise, the head professional who walked around the corner was none other than my college friend and golf instructor, Dan Simpson. I was delighted took a quick tour with Dan, wrote my check for the entry fee and was back into golf!

I was a member at Olympic Hills for nine golf seasons. Dan left in my third year and I began working on my game with Jeff Otto, Olympic’s teaching professional.

Jeff became a good friend who helped me with my game and made me a much better player. The lowest that my USGA index ever got to was about 7.

For me, my ability in golf is all about how much I play. The most rounds in a year that I ever played was about 60 (Contrary to the average of 100 rounds a year that my former employer testified to in a non-compete arbitration hearing but I digress.) In Minnesota, getting in 60 rounds of golf in a year requires a bit of luck with weather.

In 2008, my wife and I decided to buy a cabin on a lake about 2 hours north of the Twin Cities. We owned this cabin for three years and during that period I played very little golf. It was too much to drive four hours each weekend to the cabin and spend a big chunk of the time on a golf course.

After we sold the cabin in 2011, I re-joined at Olympic Hills. I expected to pick-up where I left off and quickly figured out that this wasn’t true. My game had fallen apart, my relationships with people at the club were different and I didn’t enjoy playing anymore.

At this point, I pretty much gave-up the game. Was it that I used to play a pretty good game and now I couldn’t so I didn’t want to play? Maybe. Sort of. Well, yeah, that was pretty much it. In hindsight, I’d let my pride rob me of doing something that I loved.

I still watched the game on TV, played a couple of times a year and inside I knew that one day I’d be back. I had no idea how low my game had sunk.

Across the road from my house is a golf and country club called, Bearpath. I was a member there for a short time in 2004 and the reasons why I left are the subject of another story entirely. Read back to the guy who falsely testified that I played 100 rounds in a year and you get the gist of that story….

In May of 2015, I re-joined Bearpath Golf and Country Club and I am grateful that I have the opportunity to do that. It is a beautiful, Jack Nicklaus designed course with terrific practice facilities.

Yesterday I played my first Friday afternoon round at Bearpath. In fact, it was my first round since I joined. The maiden voyage was a disaster.

The tee time was at 11:48 am and I was scrambling to get out of the office and make the time. I arrived to find the practice range full and the prospects of knocking a little bit of rust off of my golf swing and oiling my aging joints appeared grim. Luckily, at about 11:40, I found a spot on the end of the range and hit a few balls.

I was playing with my friends Peter and Paul Taunton, Todd Cocalles and a guy whom I had never met named George Maketa. I knew that Peter and Paul were good players and had no idea about the other two.

Peter knew some of my journey with golf as he was helpful in creating my opportunity to come back to the club. I’m not sure, though, that he was expecting what he ended-up witnessing yesterday!

Back to the story.

After rushing to the tee, eating no lunch and a short warm-up, I hopped on the back of Peter and Paul’s cart to make the drive to the first tee (I am walking and carrying my bag while everyone else is in carts.). Imagine my surprise when we stop at the championship tees instead of continuing forward to the member tees.

I self-talk my way through this hiccup when Paul says to me, “Joel, what’s your handicap?” A seemingly simple question with, in my case, a complex answer.

My dilemma with the answer is that my USGA index still says 11.6, there’s no way that I can play to it and I had never played with any of these guys .

When I re-joined Bearpath, I asked the head pro what my handicap status would be since I hadn’t posted a score for so long? He told me that whatever comes-up in the system is the one that I must use.

I had to consider this because if I don’t use the number in the system and one of them looks it up afterwards and sees my handicap different that what I say, they would think me dishonest. I said, somewhat sheepishly, “twelve.” Knowing full well that the prospect of me playing to that number was remote.

“Great!” Paul said. “George is the low guy at six so we’ll all play off of him, high-low, five man wolf for three dollars a point.” They all agreed and I stayed silent. Stunned, maybe, because I had an inclination of what I had just gotten myself into.

At this point, I said a quick prayer and bunted one down the middle about 215 yards. By no means a good shot, but with water right in front of the tee and everything else considered I figured that my prayers had been answered. I should have played it like a par 4.5.

My next shot didn’t work out quite as well as the first and the next one after that wasn’t a whole lot better. I went on to shoot an adjusted 96 and I am grateful for the kindness that these four gentleman showed a guy who was trying his best, not getting it done and losing every hole.

I believe in the power of prayer and have read that the Lord likes persistence in this area. I persisted and think that perhaps He was busy with more important matters than my golf game. As a result, my double bogey on the first hole from the middle of the fairway was a good snapshot of how my day would go.

At the end of it all, as golf tradition goes, I walked up to the table in the bar afterwards and sat down with the guys. I looked around and said, “I’m sorry that you guys had to witness that, I appreciate the opportunity to play along and how much do I owe to whom?”

Peter looks at me, smiles and says, “We’ve made an executive decision, Joel, and this will only happen once, but you’re getting off with a round of drinks.” I protested the best that I could given my bruised ego and knowing how much cash I had in my pocket. They insisted that the round of drinks was enough and I appreciated the significance of this gesture. I think that I may have owed them more than pocket change….

What’s interesting to me as I reflect on the day was that even though my score was horrible, I had flashes of the ability to play the game the way that I used to. Believe it or not, I had a couple of pars…

Most importantly, I had fun being with a group of guys on a beautiful golf course on a bright sunny day in Minnesota. There was a time when I would have gotten angry about my play and had no fun at all. I’m grateful that didn’t happen.

Thanks again, Peter, Paul, Todd and George. When I wasn’t busy running around looking for my errant shots, I enjoyed watching the four of you play some good golf. I’d be honored to do it again some day when I’m back in form.

Someone said to me that re-starting golf will be like riding a bike. That may be true and I take comfort in the hope of that statement. Yesterday, though, I could have used a helmet, some knee pads, wrist guards and maybe even my old hockey breezers.