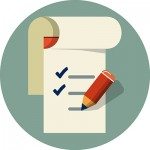 I’m not exactly sure of the answer to that question and do know that I reached one of my goals that I set for myself in 2014. I always write my goals at the beginning of each year and I carry them around in a little card in my wallet. My kids and wife think me a bit dorky for doing this.

I began annually writing my goals after a former sales manager of mine, Brian Reinkensmeyer, suggested that I read “Think and Grow Rich” by Napoleon Hill in April of 1991. I took his advice and fell in love with the genre’ of “motivational studies.” As a result, I also read and listened to many books, tapes, cds and now audiobooks from many of the great motivational speakers like Earl Nightingale, Jim Rohn, Zig Ziglar and Anthony Robbins. I am grateful for the things that I have learned during the hours spent with their ideas.

For 2014 one of the things that I wrote down on my goal check-list was that I wanted something published by Success Magazine. I wrote an earlier blog post titled “Eleven Things that I Learned When I was Knocked From my White Horse.” After I put this post up, I submitted  the content to Success for publication either in their magazine or on their blog at success.com.

Soon after I submitted the article, they wrote back and said that they liked the content, it was too long and that if I wanted it published I should take the post down, condense the article and resubmit it for publication. Excited by this response, I immediately took the post down and began working on condensing the article to around 800 words from about 3000.

This task was much more difficult than I thought that it would be and in the end the article was much better. If you remember the movie, “A River Runs Through It,” you may recall a scene about editing an essay for brevity and clarity.

In the movie Tom Skerritt uses a red pencil to repeatedly shorten his son’s story to help him learn to use fewer words while conveying a message. His son became very frustrated with each round of edits. When finished, it was short and met with the father’s approval.

I felt like that kid as I kept looking at the word count in the document. I kept asking myself, “how will the story still have meaning, emotion, texture and intrigue if I chop all of this out?” Mostly, will it still be “readable?”

As it turns out, the answer is, “yes.” Today, November 10, 2014, Success.com posted my story “Ten Things I Learned When I Was Knocked From My White Horse.” I am very grateful that the people at Success looked favorably upon my work, helped to make it better and published it on their blog.

In the words of another man whose work inspires me, Seth Godin, “I shipped.”