The Duality of Sales Reps 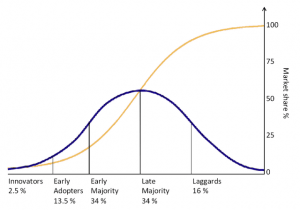 Ideas and technology follow a pattern as they diffuse into a market.

Sales Reps Must Think Like Innovators to Sell to Innovators

The first edition of “The Diffusion of Innovation” by Everett Graham was published in 1962. Graham’s seminal work supplied structure to academic thinking about how innovation spreads. Most Sales Reps are familiar with this concept.

The fifth edition of his book was published in 2004 and addresses the effect of the internet on how ideas spread and people communicate.

As Sales Representatives, we read marketing plans citing Graham’s famous curve and how it relates to the product or service we are preparing to sell. Armed with this information, we begin to attack our local markets looking for the innovators, the early adopters and then, cue the “hallelujah” music, the majority begins to tip and fat times are ahead.

Why does innovation rarely diffuse as planned? I believe this happens because there are myriad diffusions happening within the one curve. 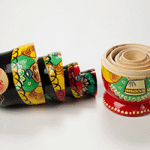 What I mean is, as I learned in an early Microbiology class at the University of Minnesota, magnification will alter what one sees in the field of view of the lens. As a result, how one sees the curve has an impact on how the innovation itself may diffuse.

Thus, the duality of the Sales Rep role.

The Sales Rep as the Master of Duality

In many instances, it is the Sales Rep who is working to communicate a message and fuel the adoption of a new product or service in hopes of mirroring the heralded “Diffusion Curve.”

Based on this, where the Sales Rep fits into the curve may have an impact on this adoption? Yes, I believe it does. Significantly.

In my experience, if you ask a Sales Rep where they fall on the curve, most will say “Innovator.” Sadly, few actually are. In fact, many are resistant to change and want to keep things status quo. If they are successful in selling their products or services today, this dogma is even more entrenched.

This is no way an indictment on Sales Reps. Far from it, it’s a challenge.

If you are a Sales Rep and you find yourself resistant to change and longing for keeping things just as they are, I ask you to break it. Intentionally. Check out these 5 steps to being an effective sales representative.

It’s scary, I know. But as Nike so famously advertised, “Just Do It.”

This is the duality. To succeed in relating to those whom we are working to influence to our way of thinking, we cannot ask them to do that which we won’t do ourselves. What’s your proven success formula?

What if, when you actually begin to think like an innovator, increased opportunities to relate to like-minded prospects in your market begin to appear? Wouldn’t that be worth some short-term discomfort?

Go on, give it a try and let me know how it works out! And if you’d like to get your own copy of the book, click on the image below and Amazon will happily send it to you.