The Loneliest Chair in the World 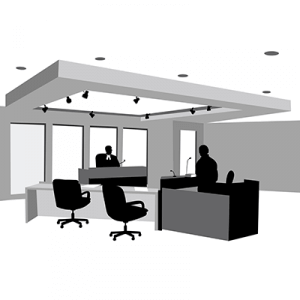 Testifying in court requires a lonely time in a chair where you’re all alone.

One year ago today I was called to testify in a non-compete violation arbitration hearing. I was sued by a former employer for alleged violations of a severance agreement containing a non-competition covenant I had signed in December of 2009. This was January 27, 2015 and I was required to sit in the “loneliest chair in the world.”

Thinking back on the whole ordeal, my memories are stored in a bit of a “click-whirr” fashion. I remember events that were discussed and allegations made but they’re all sort of mushed together to form a tapestry I’ll not soon forget.

Of all the events that took place during this hearing, there were two I remember with great clarity.

The first was when my name was called and I walked up to the table where I was to testify and sat down. Once seated, I was asked to raise my right hand and swore to “tell the whole truth and nothing but the truth so help me God.” Just like on TV.

During the walk from my seat next to my attorney to a chair at a table in front of the Arbitrator, I remember feeling completely alone. The experience almost took my breath away and I am humbled by the lasting effect it has had on me.

Here I was, walking to sit in a chair and be questioned by a man I didn’t know and felt reasonably sure he didn’t have my best interest in mind. In fact, he wanted to make me look like a bad person capable of lying and cheating. He failed.

The second moment was the polar opposite of the first one. At the end of my testimony, my attorney asked the Plaintiff’s attorney if they rested their case? He said, “We do, your Honor,” and my counsel made a motion for a directed verdict and immediate dismissal of all charges.

At this time, we all retired to conference rooms for about two hours and were then asked to return. Based on the evidence presented, or lack-there-of, the motion was granted by the Arbitrator.

From this moment when the motion was granted, what I remember next is the Plaintiff, who had been winking at me and guffawing during my testimony, immediately looked at his legal team (I mean team, he had three of them.) and said, “What just happened?”

One of the senior attorneys looked at the floor and said nothing. A few awkward seconds passed and the Plaintiff said again, “What happened?” The junior counselor on his team then looked at him and said, “You lost.”

As I reflect back on this day I sometimes wonder why that chair looked so much like the loneliest chair in the world to me? It’s not difficult to tell the truth, why was I afraid? I use what I went through on this day to remind myself, during difficult situations, that things really do work out as they are supposed to if I simply do the next right thing.

One foot in front of the other, it really can be that easy. I am grateful for the difference a year makes.